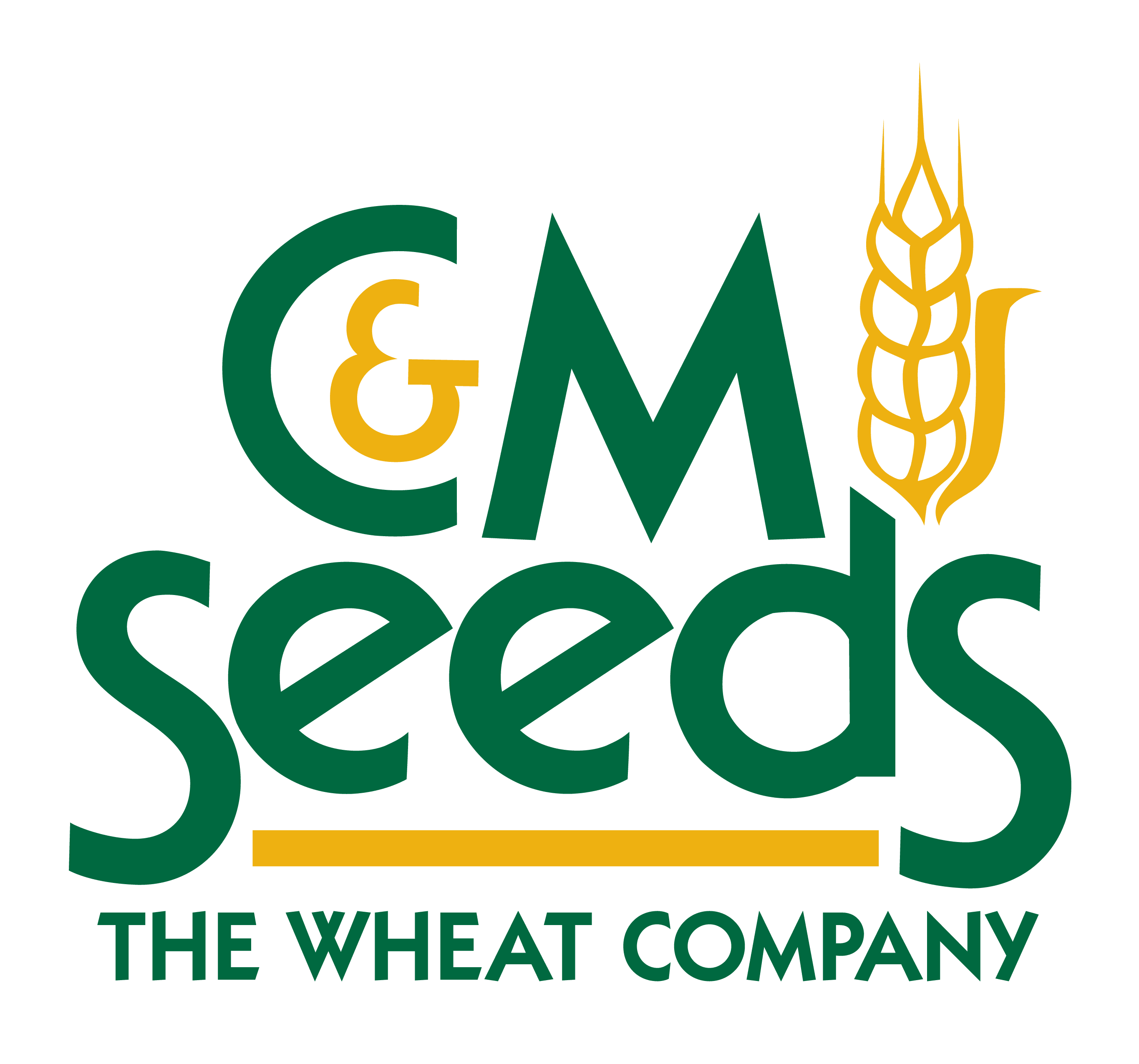 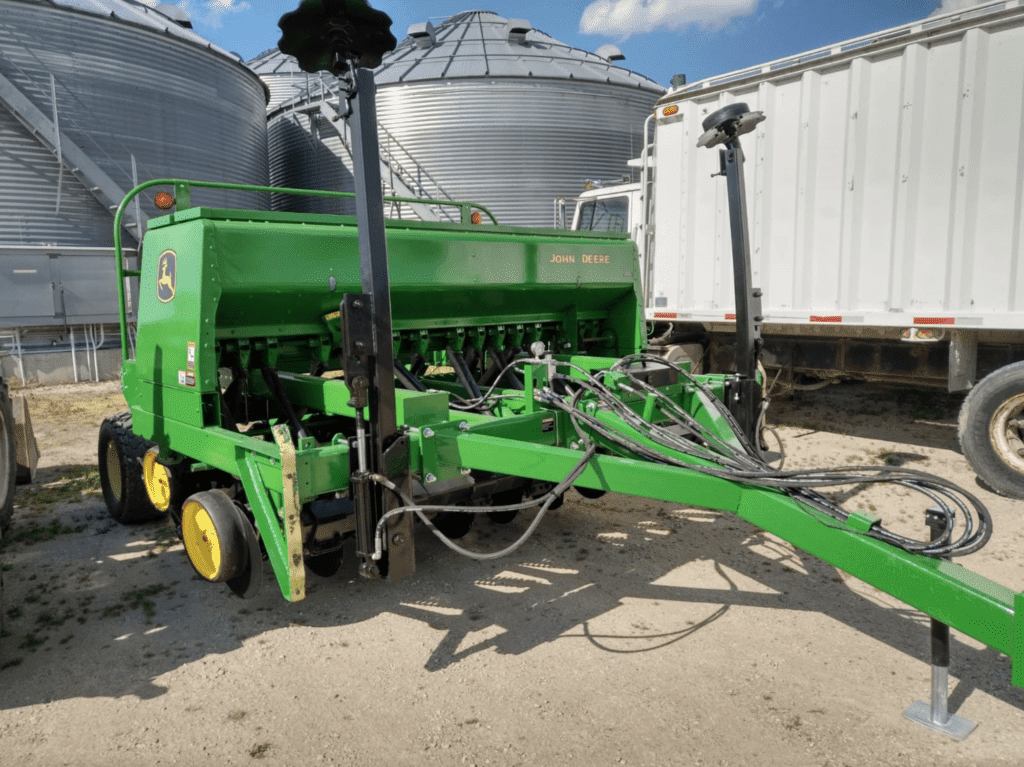 The Wheat Team recently stepped up their game this summer and has purchased JD 750 no-till drill.  The drill is intended to help in seed production to plant small acres of high pedigree seed, when a 30 or 60ft airseeder creates a challenge. We also will be able to support our local dealer network with planting demonstration plots that include our varieties.

I attempted to use the drill for maiden voyage to plant a dealer demo plot on September 3 this year. Excited for early planting and to get this thing in the ground, everything seemed to be in place. The ground was prepared nicely, the weather cooperated, and the product was all on hand to execute. The first field section was the cover crop demo, lighter seeding rates, only a couple minor start-up challenges but mostly performed properly. Next, we were on to the winter wheat seed.  The seeding rates for the wheat required to be about 50% heavier. We blocked the first run to give a wider separation in varieties, 15 rows of each to be planted.

The refurbished drill was purchased from a supplier that focuses on smaller equipment models. He indicated that this was one of the first units they worked on that included dry fertilizer system. Other models that they have sold are single seed bin, or added liquid fertilizer kits. After we accomplished the first four varieties, we had determined that there seemed to be seed left in some tubes at the end of the pass.  We did our best to keep things moving properly in the field, but we did end up with a few complete blockages when we moved to our highest seeding rate.  This was very visual once we got to evaluate the stand ten days later. See the inset picture with wheat rows #2,4,10 obstructed.  In the end, this plot is intended purely for demonstration purposes, and was not planned to be a reliable harvested yield comparison. Not a big deal in the grand scheme of things.  (But the perfectionist side of me really has a tough time seeing the blocked rows.)

We had Mini-MAP on hand to use as dry starter; with the smaller granule size we feel the fertilizer was flowing 150% of desired rate. That additional flow would have compounded the issue in the tubes also.

So, what was the cause? In the unplugging process a few seed tubes were removed, and some surprisingly long bolts were found.  It turns out that the technician used improper bolts to secure the seed tubes to the opening unit; frustrating to say the least. The two pictures showed the cross-section view of the seed tube with the two styles of bolts.  It became very clear when we had a look that the threaded bolts were much too long.  They were blocking 25-30% of the flow path of the tube.  In this case, size did matter.  New proper bolts are installed, and everything seems to be ready to rock for our next opportunity in the field.

Lessons learned so far. Pre-Work equipment checks and calibration are important at the start of each planting season, and even on “new-to-you” equipment. Constant observation in the field will help to keep a small problem from becoming a very big one.

I am sure there will be more lessons to come when the drilling adventures resume.